Check it out Double Wish!

Does everybody know Double Wish?
Double Wish is the comedian consisting of Shinsuke and Kazu, the top entertainment office position of Japan.

The two favorite comedians in Vietnam, they want to be famous, and doing their best performance.
This time I am going to ask lots of questions like,
How did they become a comedian?
And why did you come to Vietnam?
And what do you want to do in the future?

They must be wonderful comedians. (Maybe)
Let’s see and read together!

◆Before coming to Vietnam 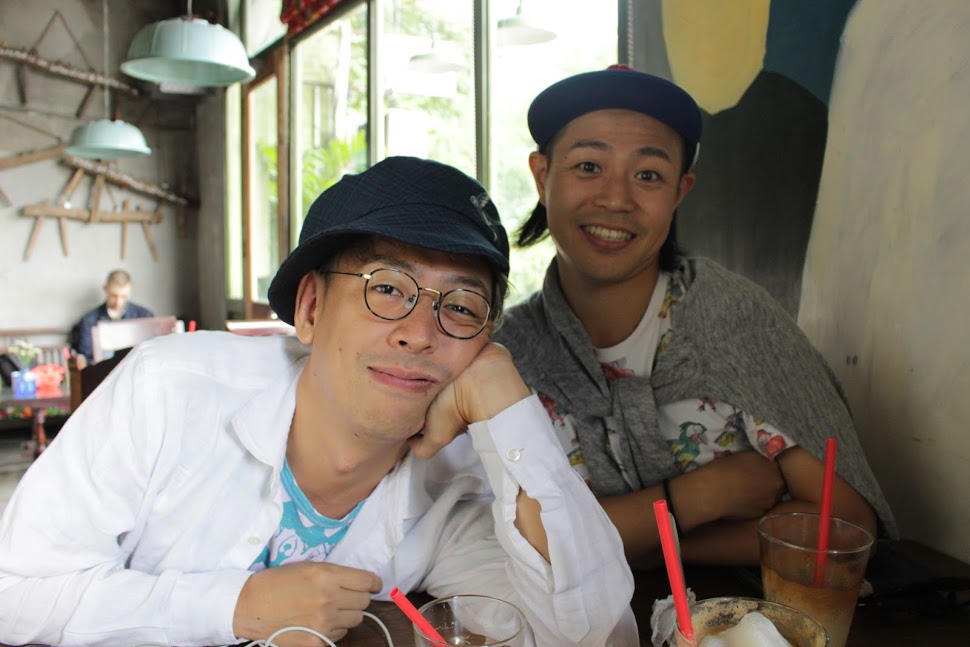 MOJA：All right, now let’s start the interview.
For those who do not know you yet, they seem to know two of you.
Please introduce yourself more.

Double Wish: Yes, honestly we are not very famous so we are happy to have this opportunity to tell our activities.

MOJA：Ok here we go, can you tell me about your childhood? Do you remember?

Double Wish KAZU: …ok.
I was born in Minamida City, Kumamoto Prefecture.
February 6, 1983, is my birthday, same birthday with Bob Marley.
I heard from my mother…when I was born, I didn’t cry and my face was like Dragon ball’s Mr. Popo, yeah so I was almost dead. But then I was turned upside down and finally breathed back.

MOJA：Wow! Such a dramatic birth…!
Double Wish KAZU: That’s right, and then this birth made me strong and charismatic.

MOJA：hah, you say it yourself.
Double Wish KAZU: Yeah it was true from when I was in elementary school.
That time I was a captain in kendo club and popular with girls…. And my teacher really liked me so classmates started to complain. ahaha anyway.

Double Wish KAZU: Anyway I was loved by everyone when I was young.
MOJA: Ok ! Enough! (lol) So what was Sinsuke’s childhood?

Double Wish SHINSUKE: ah! To me is just normal.
MOJA：ahh?

Double Wish SHINSUKE: I was born in Kumamoto Prefecture and lived in Fukuoka from 4 to 4 years old,
is the second son in the family of four. I was born on June 25, 1982.
Same birth as Sugawarano Michizane .

MOJA：So ah … (I do not know how to r from truely Kumamoto.

MOJA： At the age in kindergarten you were so brilliant! Great job!

DoubleWish SHINSUKE: I am really an active kid in the class.
I’m playing the sword, and a captain of track and field team.
There were only 8 students in our class though school was closed in this year.

DoubleWish SHINSUKE: During that time, I studied well so I was a clever boy . I thought I could do all the things in my life. It was like a frog sitting at the bottom of a well. Laugh

◆First meet between Kazu and Shinsuke

MOJA：When did you meet and know each other?
DoubleWish KAZU: We met as a sophomore in high school.

DoubleWish SHINSUKE: I appeared as a student reporter who passed the audition “Understanding the Country” of the Kumamoto TV program. Of course, not money, but the candy. Laugh

DoubleWish KAZU: Actually, I was chosen from 8 out of 100 applicants through the number of applicants
MOJA：Good guys … They both won the brilliant award!

DoubleWish KAZU: It’s not a big deal though (laugh)
For about two years since we were 9th grade,
this was the first show in my life (laughs)
The show is still ongoing. So far, I feel grateful for this program.

MOJA：Excellent! Then what about you Shinsuke?
DoubleWish SHINSUKE: I went to another high school,
We were going to different schools and far from house,
But we became friends after meeting and appeared on that TV show.

DoubleWish SHINSUKE: First impression ah? (Laugh)
He is a funny guy who knows a lot of local info (laughs)
And have a fashion sense. So… I regret I look like a country boy (laughs)

MOJA : You mean you wanted to be like him?
DoubleWish SHINSUKE: No no. I don’t have any desire, or I don’t mean I respect him.

Double Wish KAZU: what?! wait wait, you can respect me anyway!

MOJA：Indeed, it was a good meeting (laughs)
On the other hand, when looking at Shinsuke, what do you feel most impressed?

MOJA：Indeed, the ability to find a kindergarten is in your way(lol)

Double Wish KAZU: Although I could not do it until the recording of the show,
But I met him at the cloth shop and I used to go there, then we got along very well.

◆From a young man to get combine as Double Wish

MOJA：As a time of high school students’, did you go to separate way and lives for a while?

Double Wish SHINSUKE: Well, in fact, I wanted to become an announcer first and I strongly thought that I must go to the high rank of the university.
However, I couldn’t enter, trying hard all the examinations but fell all afterwards. I had no choice but to enter Chuo University.
It was a first experience I got crushing defeat in the end.

MOJA：Though you realized life was tough that expected over .

DoubleWish SHINSUKE: And I look back at myself. I thought about it and realized I like express myself and make everyone laugh.
Then my dream could be connected it, that’s why I decided to become an entertainer!

MOJA：Kazu, what did you do during that days?

DoubleWish KAZU:I was in the entertainment world, too (laugh) and worked as a stylist then.

MOJA：I see! Both of them were at the same stage!

DoubleWish KAZU: Right. I was also popular with many girls at that time.

MOJA：I think there will be a lot of people misunderstanding, but NSC graduation is real,
Is not it okay to be a comedian?

DoubleWish SHINSUKE: I invited Kazu to be a comedian with me.
Then, Kazu said OK, we became comedy duo.

MOJA：The “Double Wish” was born .When was it?

DoubleWish SHINSUKE: About 10 years ago, first appeared on the stage in April 2008
MOJA：I heard you performed comedies in Shibuya’s theater once a month, right?

DoubleWish KAZU: Yes we did.

DoubleWish SHINSUKE: Later, We showed up the program of candid camera the London Hearts (popular Japanese TV program). We started to become popular.
Somehow was popular in China and Taiwan (lol)

MOJA：So (laughs) And then you passed the audition of an artist living abroad?

DoubleWish SHINSUKE: That’s right; goes through so many stages … finally we could make such a decision, I remember it was a happiest moment ever.
DoubleWish KAZU: We chose this country, Vietnam and came to here.

MOJA：How long have you been in Vietnam?
Double Wish KAZU: Now about 2 years 3 months.

MOJA: Really? You are happy?
Do you have any difficulties? You can also cry.

Double Wish SHINSUKE: No (laughs) many people worried about us, but we don’t think like that rather than very happy.

Double Wish KAZU: Yup! Well… It’s a bit hard to do our comedy and think many things in different place. Especially “Japanese comedy” is special.

Double Wish KAZU: Even we do the same comedy in here, but people less understand, it’s because we have different humor sense and different culture. Vietnam does not have a “duo comedian story” like Japan.

Double Wish KAZU: Humor is not the same as in Japan.
However, after start working I realized there is a laugh point, like a really straight point.
For example, if we play something wrong on purpose in a show, it would be fun in Japan.
But that is not in Vietnam.

MOJA：That is not not do right is not.
It is also a good place for Vietnamese people.
No laughs, is that a good thought?

Double Wish SHINSUKE: I’ve uploaded a lot on YouTube and facebook.
Good feedback, but I think we are not great yet.

Double Wish KAZU: Because our best YouTube still only has about 40,000 views,
I want people to see more.
https://www.youtube.com/user/doublewishkumamoto

Double Wish SHINSUKE: I think its important to create new values of comedy and laugh every day.
Now I’m grateful to be a double wish】 – [entertainment] +【Vietnam】

MOJA：Sure, it’s unique.
Now… can I ask you a simple question?

Double Wish KAZU: sure what is it?(lol)

Double Wish KAZU: I like funny things, I want you to laugh, and I am happy if you make me laugh.
I want everyone to laugh (lol)

◆From now on, Double Wish go forward to the future.

MOJA：Yes, it’s been two years and three months since you came to Vietnam.
Can you tell me about your future activities?

MOJA：What! How!! Finally you show up in comedy show Vietnam, it’s getting popular now!

Double Wish KAZU: I can not say the result … I tried quite well …! ! ! Check it out everyone!

MOJA：ok, in the end, what do you want to do if you become famous? (lol)

Double Wish KAZU: I want to be famous for money and women.
Many women in the Japanese women’s bar, but it’s not really so
I want to do that.

Double Wish KAZU: And I want to be rich, because I do not have money now.
Somehow, Vietnamese friends do not believe we are poor, but … (laughs) but is really poor! (Laugh)

Double Wish KAZU: Yes, that’s right.
And it did not change much,
While I work in Japan, I come to Vietnam every month so I want to be famous in both countries.
I want to work more and more.

DoubleWish SHINSUKE: Because I have a family, I want to support my wife and children.

This is the end! Thanks to Double Wish for taking the time! We wish you luck, Double Wish!

I am very happy if you share this interview for everyone to know about Double Wish.

We are still the creator, I think we will make more and more products and make our customers laugh.
In that sense, MOJA is also a company that is trying to do that in Vietnam, so they are like two of the Double Wish!

One day we will make every effort to know everyone in Vietnam! 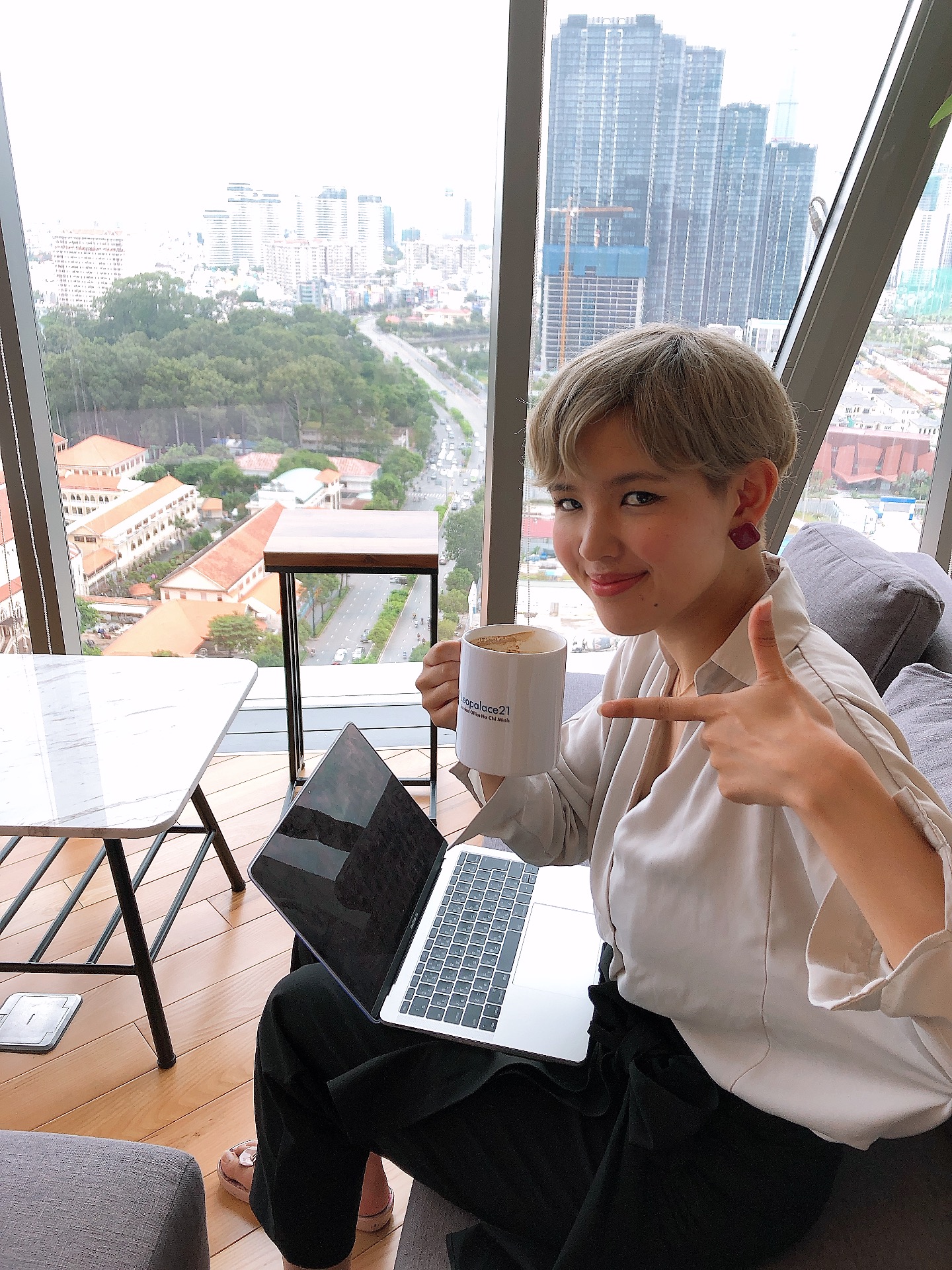 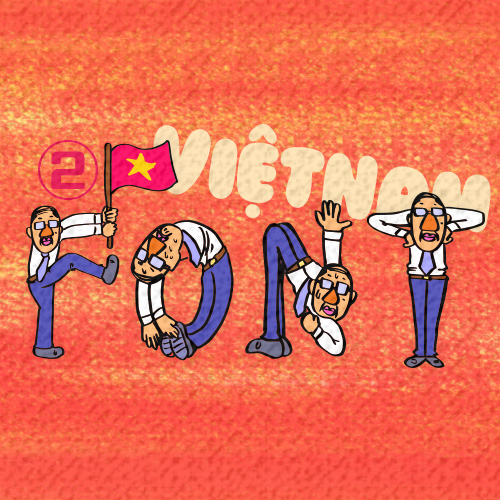 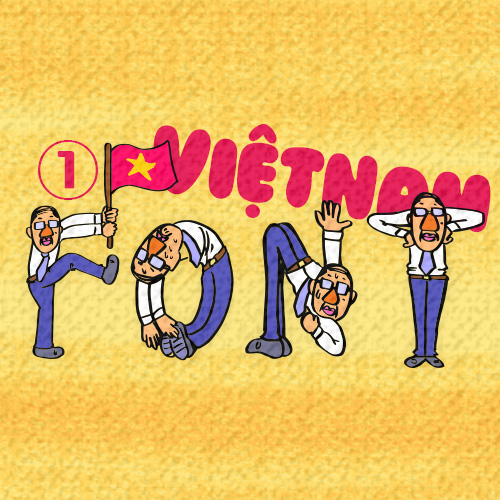